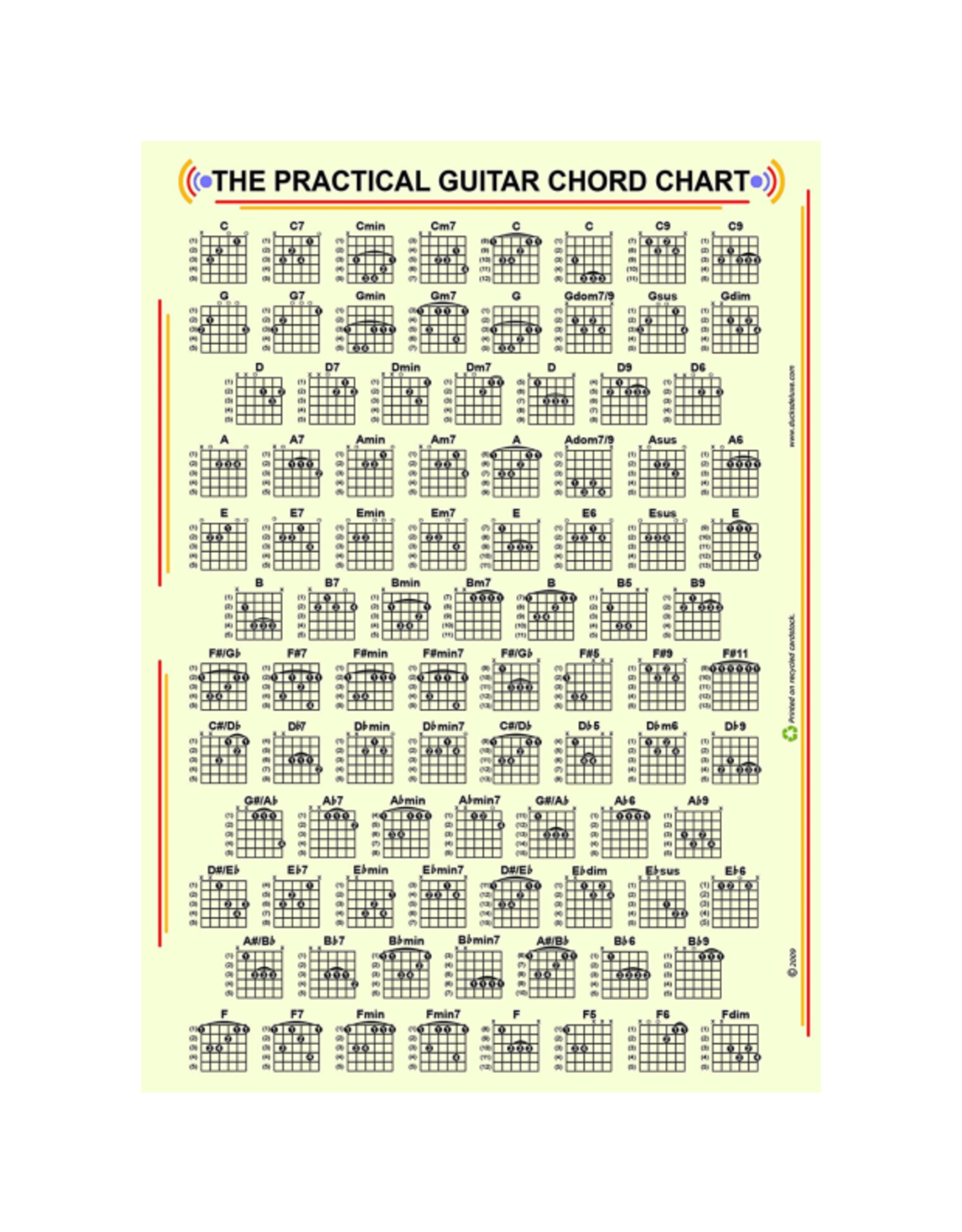 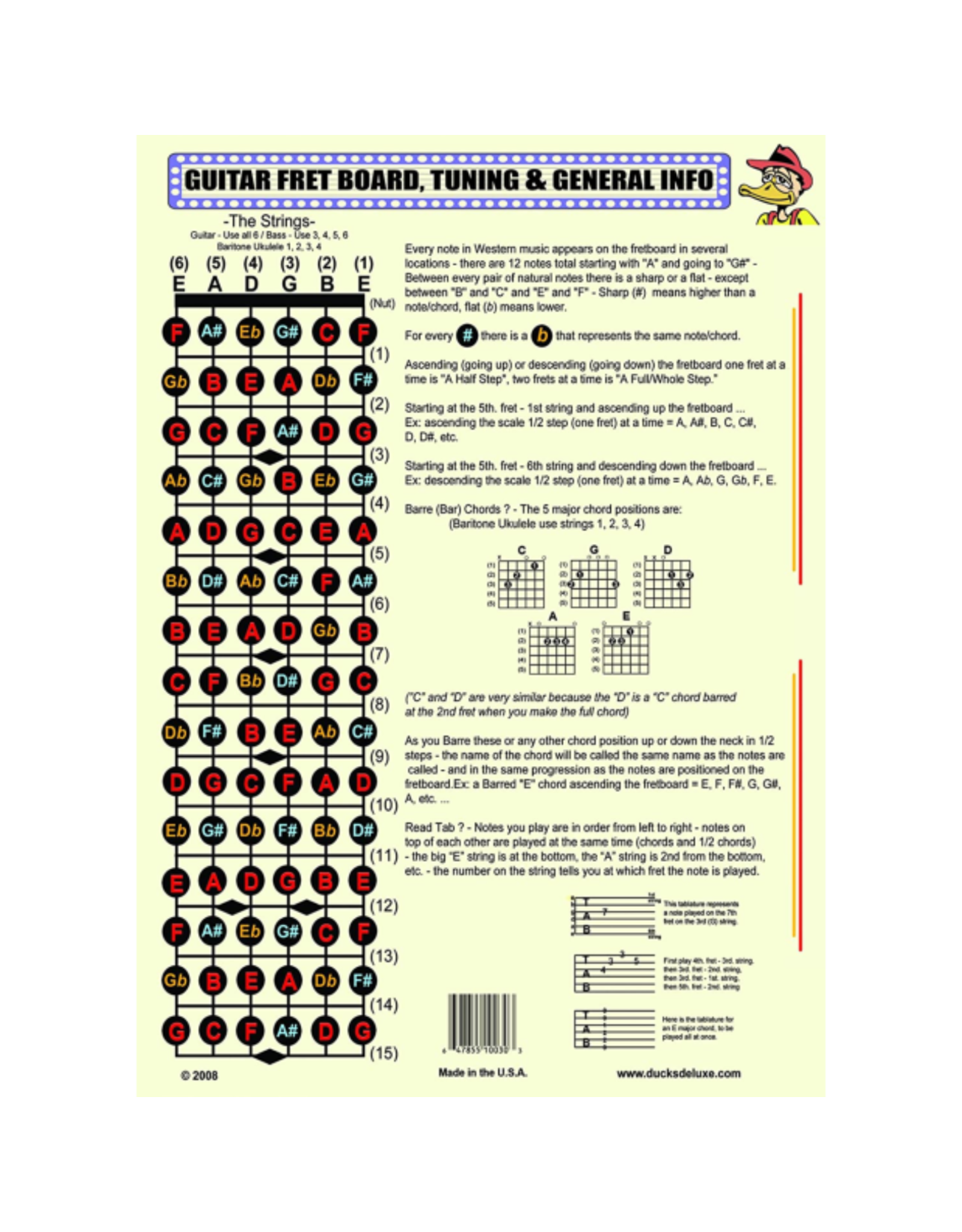 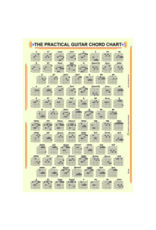 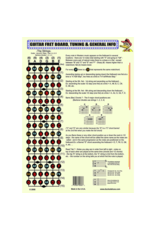 The ultimate collection of guitar chord diagrams of the most used guitar chords for Rock, Blues, Bluegrass, Pop and Country guitar on one side and "Dr.Ducks One Page Guitar Prescription" on the other - with the names of each note on the guitar fretboard filled in all the way up to the 15th. fret - Color coded for naturals, sharps and flats.

Each key starts out showing you how to play the major, major 7th, minor, minor 7th., and a Barred version of the major chord --- from there, in various keys the chord diagrams also show 5ths. and 6ths., some keys show how to play 9ths., ... other keys have diminished, suspended, or additional Barre chord positions .. some have dominant 7/9's, others show you how to play 11ths. ...etc. -

Chords that you can use in a jamming or working musical environment - (we didn't include a bunch of chord positions that are obscure or are seldom used - just the good stuff is included .. ) -

The perfect addition to any learning tool or publication on the market - drilled for 3 ring notebooks ...

Side #1 = "The Practical Guitar Chord Chart"

How to play guitar chords in all 12 keys

3 hole drilled to fit in a notebook.

Each chord diagram shows you where to put which finger on the fretboard, which open strings to play - or not to play and which fret to Barre for the Barre chords - Ex:

The chord explanation on side 2 says - "As you barre any chord position up and down the neck in 1/2 steps (one fret at a time) - the name of the chord will be called the same name as the notes are called - and in the same progression as the notes are positioned on the fretboard Ex: a barred "E" chord ascending the fretboard = E, F, F#, G, G#, A, etc ...

Made in the USA

Side #2 = "Dr.Duck's Fret Board Prescription"

For use with 6 and 12 string guitars, bass guitars and ukuleles.

Has the names of each note on the 6 string guitar fretboard up to the 15th. fret - Color coded for naturals, sharps and flats.

Explains that for every sharp, there is a flat that represents the same note/chord.

The 1st., 3rd. and 5th. strings go up and down the fretboard in sharps

The 2nd., 4th. and 6th. strings go up and down the fretboard in flats

Shows diagrams for the 5 major chord positions - A, C, D, E and G

Shows how to read tab...both single notes and chords with diagrams