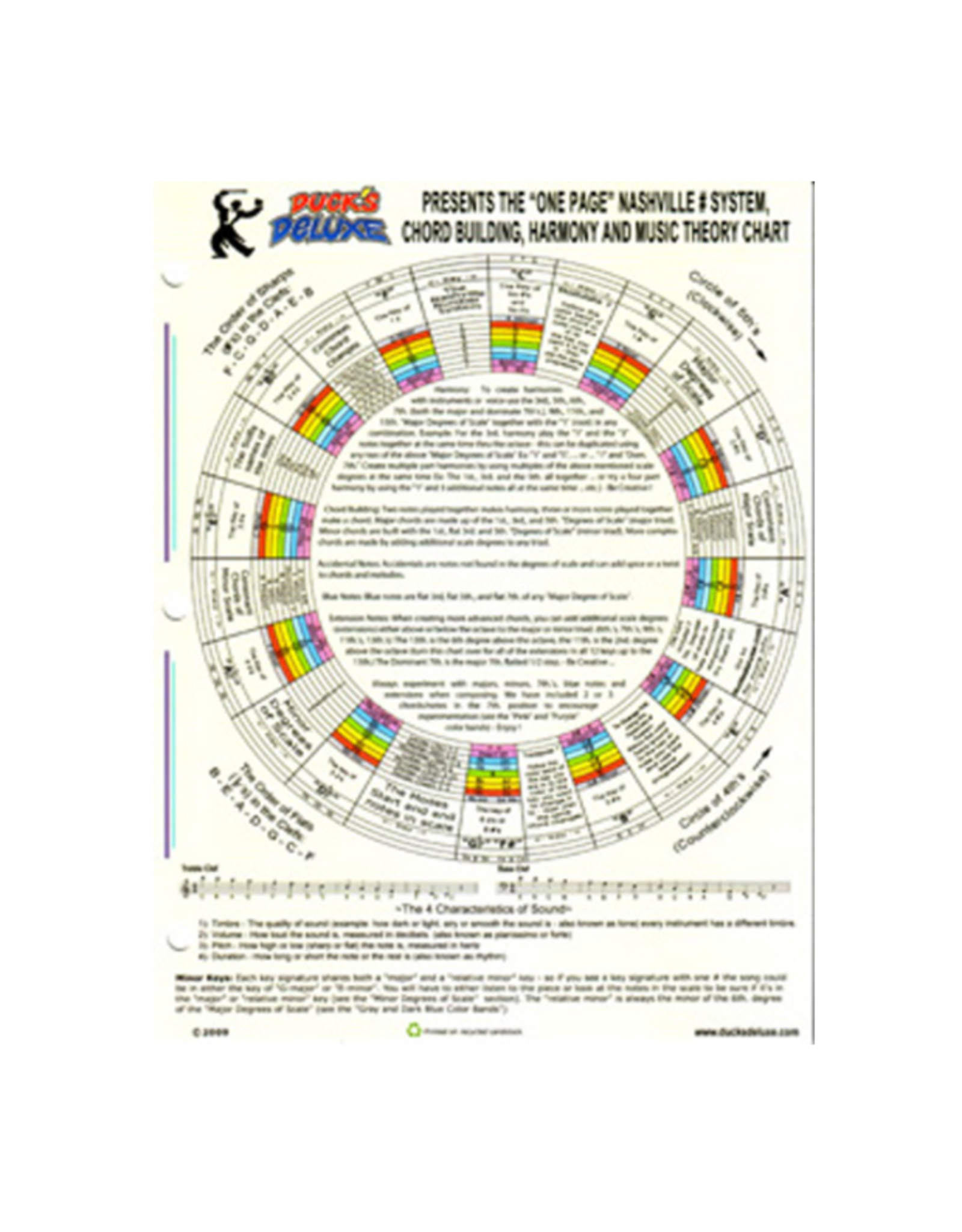 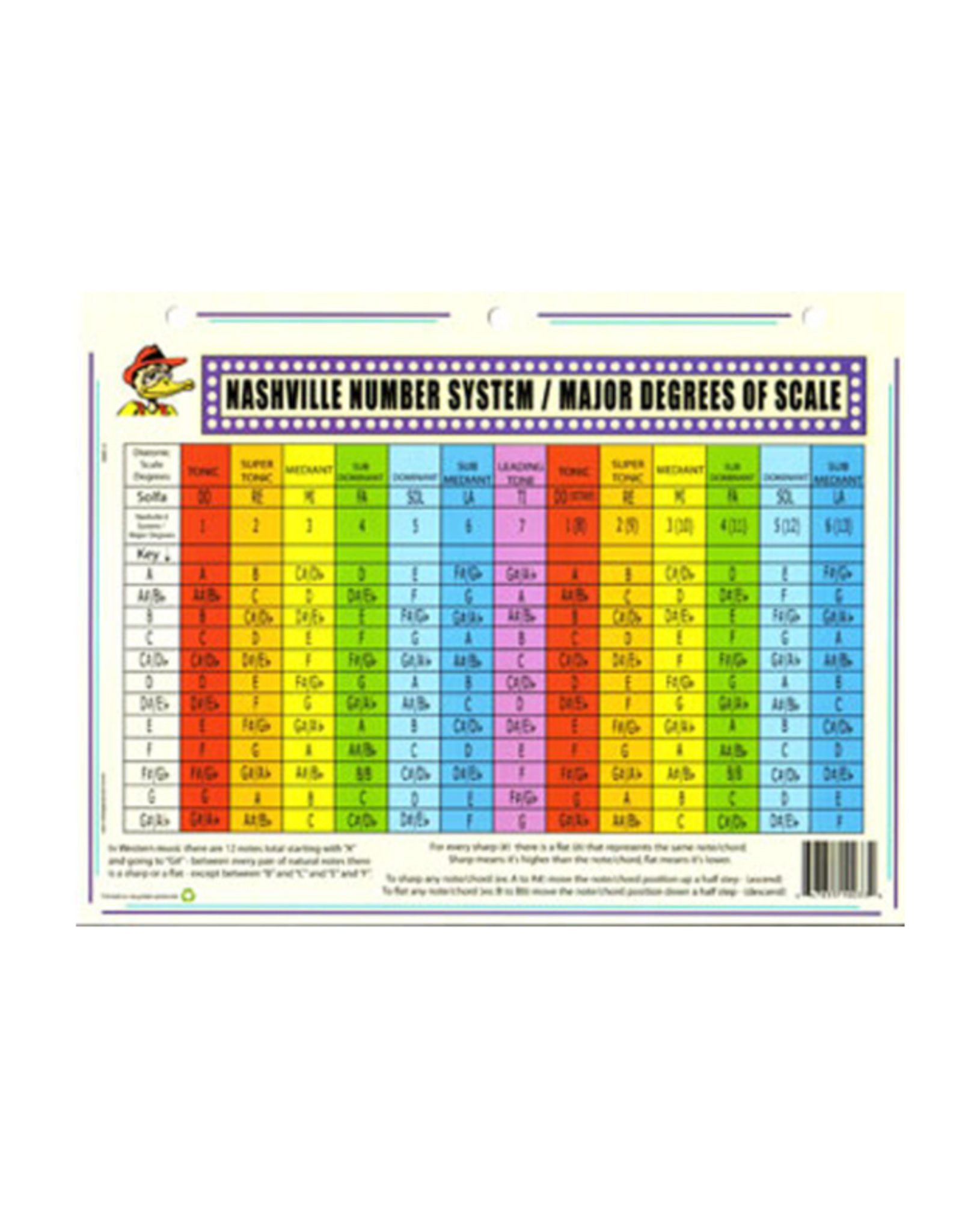 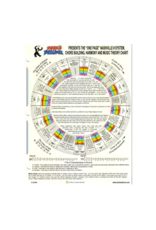 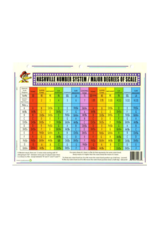 - Starts with the Circle of Fifths - going clockwise

- Or the Circle of Fourths - going counterclockwise

- The Nashville Number System in all 12 keys with "Color-CODED" Sections for EASY use.

- Harmony and which scale degrees you use to create it,

- Accidentals (adding spice or a twist to chords and melodies) in both major and minor chord building.

- Chord Building and which degrees of scale you use to create them - including extensions, accidentials, blue notes ...

- The "Modes" - which note to start on in the various modes (Ionian, Dorian, Lydian, Aeolian, etc.) to run scales as well as which notes are in the scales and which one to end on,

- How many sharps and flats are in each key,

- The order of sharps and flats in the clefs,

- How to read the notes in both the bass clef and treble clef,

- Natural Chord Qualities (Consonant chords) of both the major and minor scales.

- Full Color reference grid of every note/major chord in all 12 keys - (naturals, sharps and flats) up to the "13"

- The Nashville # System, Major Notes / Chords, Diatonic Scale Degrees and Solfaggio (do-re-mi's) all go up to the "13" in all 12 keys

- A brief explanation of "Western Music"