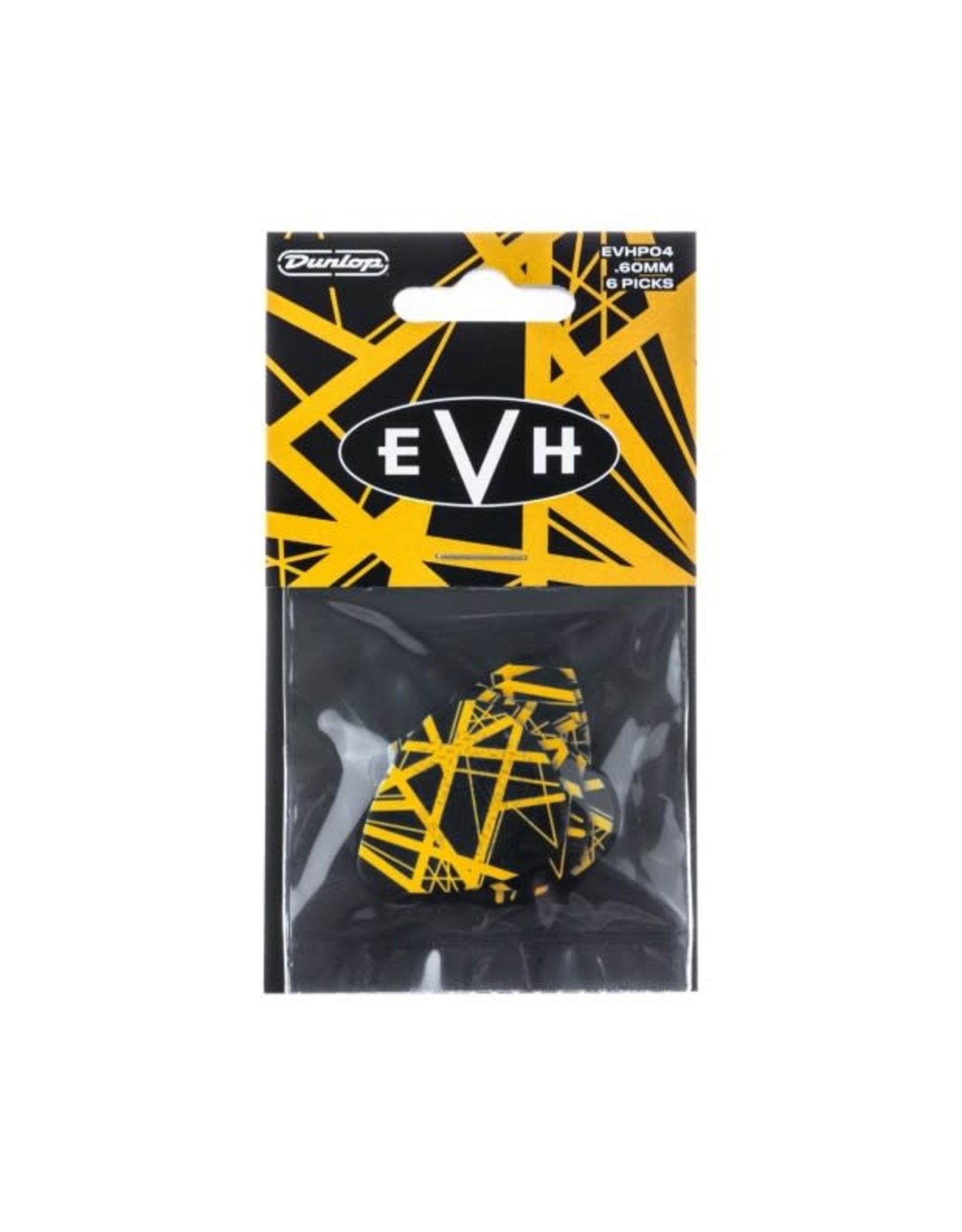 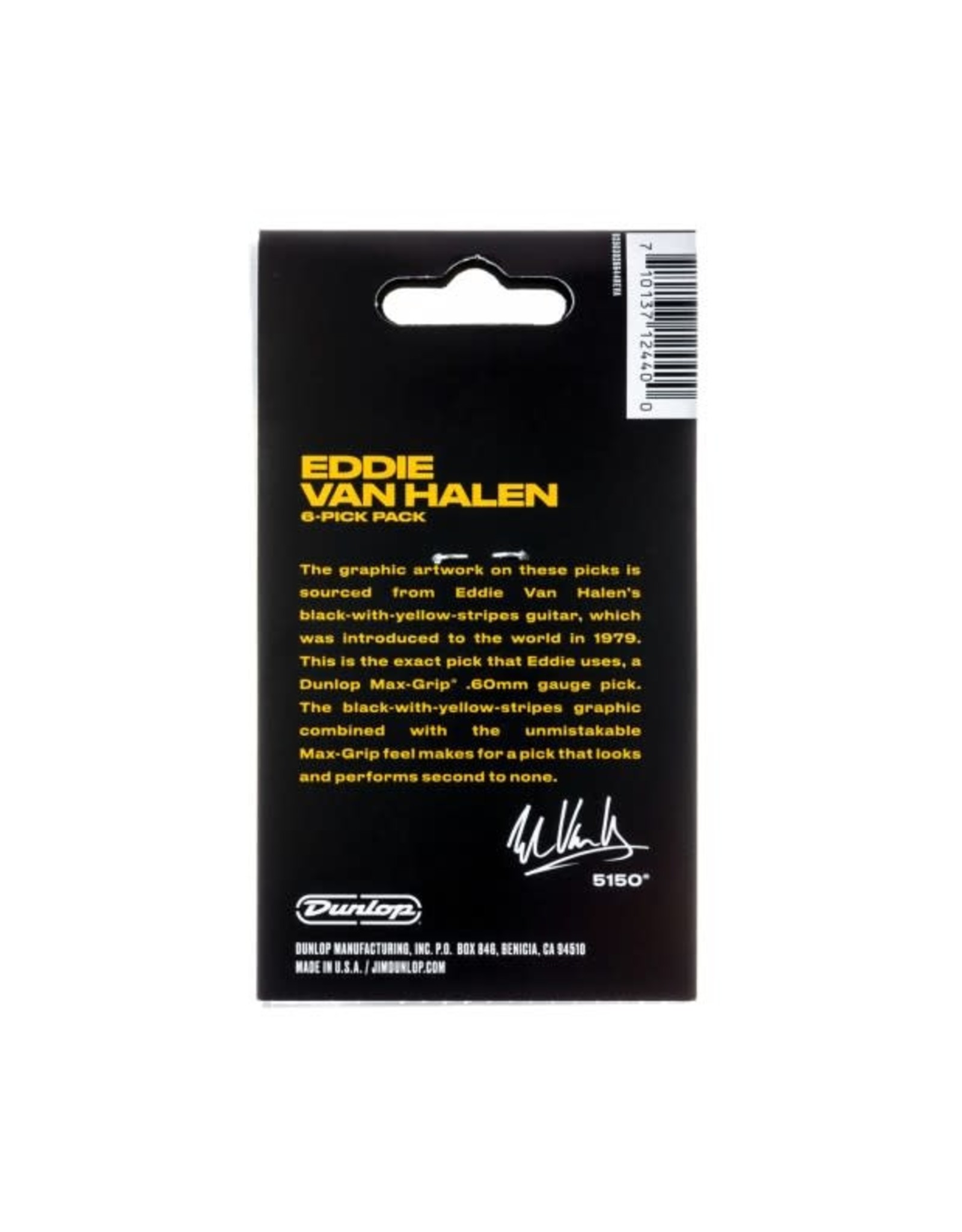 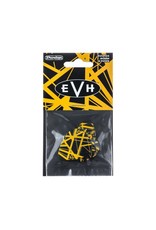 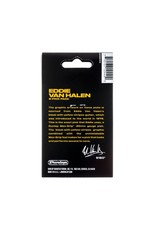 This pack features six .60mm Max-Grip® Picks—just like Eddie Van Halen used—with artwork based on his black-with-yellow-stripes guitar, first introduced to the world in 1979.