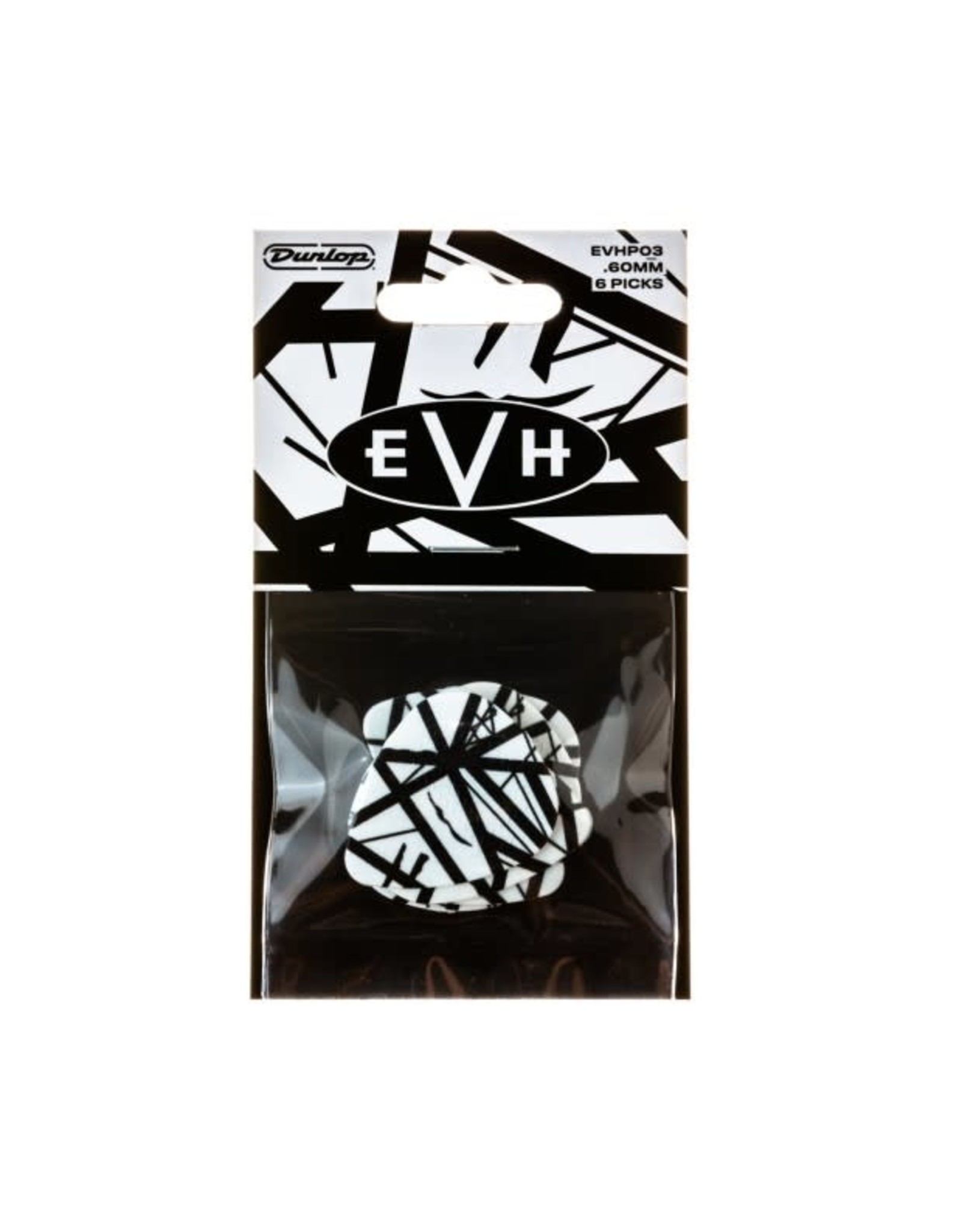 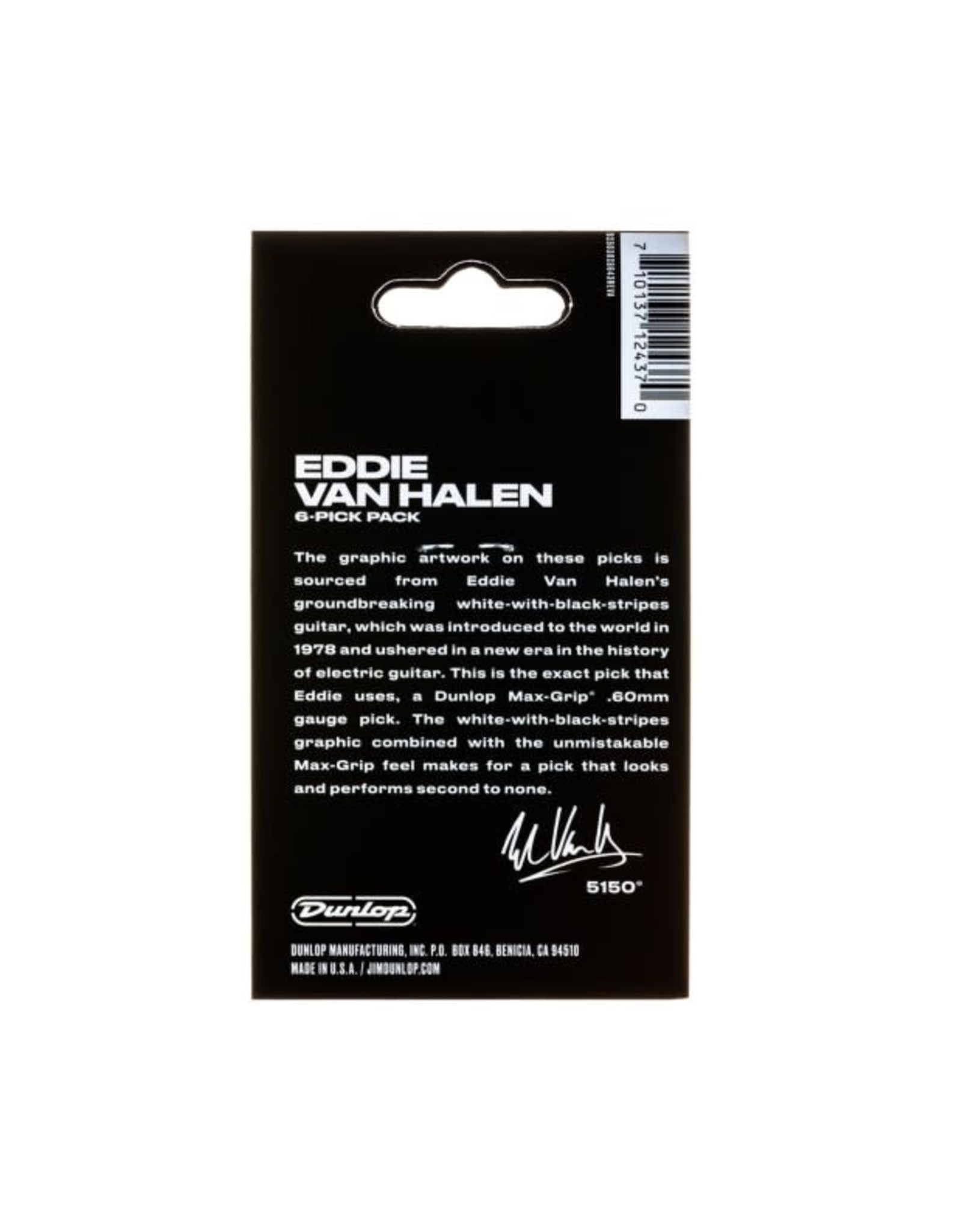 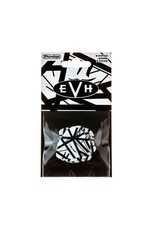 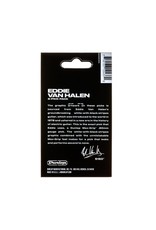 This pack features six .60mm Max-Grip® Picks—just like Eddie Van Halen used—with artwork based on his white-with-black-stripes guitar, the most widely recognized guitar in the world.

The graphic artwork on these picks is sourced from Eddie Van Halen's groundbreaking white-with-black-stripes guitar, which was introduced to the world in 1978 and ushered in a new era in the history of electric guitar. This is the exact pick that Eddie used, a Dunlop Max-Grip .60mm gauge pick. The white-with-black-stripes graphic combined with the unmistakable Max-Grip feel makes for a pick that looks and performs second to none.